For if a trumpet also, should be giving a dubious sound, who will be preparing   for battle? Thus you also, if you should not be giving an intelligible expression through the language, how will it be known what is being spoken? For you will be speaking into the air.

It was a joke in the Corinthian meetings where foreign languages ​​were spoken inappropriately. While it may attract attention and even look spectacular, in practice no one understood it. Paul has absolutely no appreciation for that. He likes clear language.

Politicians have the reputation of talking a lot and saying little. Words are often not meant to say something, but rather to conceal something. But politicians are by no means the only ones. Many ministers and pastors in religious communities are also masters in vague terms and commonplace. Nothing meaningful. Air and emptiness.

In times when it matters (Paul calls the example of the war), clear communication is of vital importance. The ecclesia is not a cozy tea party but a place where people are prepared for battle. Because a spiritual war is raging and to remain standing there, a completely clear word from GOD must sound! 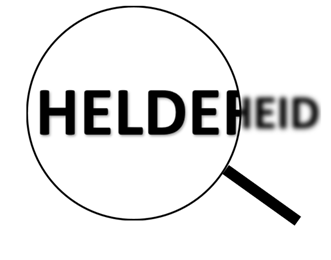