The contrast in these verses is that between “maturity” and “minor.” In the days that this letter was written, the ecclesia was still in an “minor” or childish phase. With the accompanying spiritual expressions such as speaking in “languages”, revelations of “knowledge” and “prophesying.”

There is nothing wrong with the childlike phase because it is part of a healthy development. Childlike speaking, understanding, tendencies and judgments are healthy in the phase in which it belongs. After that, childlike changes into childish. This is the case when on the way to adulthood one continues to hold on to thinking, speaking and judging as a child. It would be normal when such behaviors are gradually discarded.

Paul teaches the Corinthians that the expressions they so highly rated were only temporary. And with that much less important than they thought. Special “languages”, revelations of “knowledge” and “prophecy” would soon disappear. The Corinthians had to be prepared for this. So they would learn what “maturity” means. And what would be permanent … 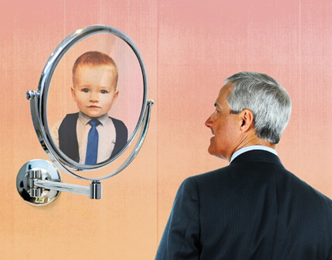