Now whenever maturity may be coming, that which is out of an installment shall be discarded.

The word for “maturity” here (Gr. Teleios) literally means ‘done.’ It indicates something that is ‘finished’ or whole’”, for example a sacrificial animal. Or something that is ‘finished’ in terms of development. In this letter the word appears twice (2: 6; 14:20), translated as ‘mature’. Also in the context of chapter 13, “maturity” is opposed to the childish phase (: 11).

Here in verse 10, “maturity” is contrasted with “that which is out of an installment.” In the days that this letter was written, God’s revelation was still piece by piece. But that fragmentary phase would pass into “maturity”. With which Paul also says that the time of “maturity” had not yet arrived. Once that time came, the expressions of “prophesy,” “languages,” and “knowledge” would be a thing of the past. No longer necessary as their position would be filled.

“Maturity” comes when the insight is fully grown. Paul refers to the time when he would have completed the word of God (Col. 1:25). Not only announced, but also documented. And also the writings bundled. It wasn’t that far in those days, but the time would come … maturity! 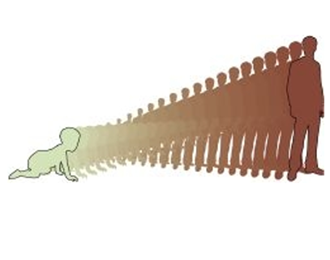