Every man praying or prophesying having aught on his head, is disgracing his Head.

The first thing Paul brings up about the headdress is not that the woman would put anything on her head. He states first that the man would take something away. Covering his head would be (typologically) a denial of Christ. In 2 Corinthians 3, Paul elaborates on this when he refers to Moses who covered his face. The cover there stands for the old covenant. To date, Israel has been covered. But where this cover disappears, Christ is dis-covered! 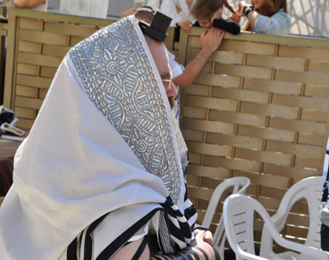