Now I want you to be aware that the head of every man is Christ, yet the head of the woman is the man, yet the Head of Christ is God.

The topic that Paul addresses in this section is about men and women and the meaning of head cover and hairstyle. But before Paul makes comments about the practice, he first wants to focus on what the basic science is that he emanates. Because it is not about laws, but about knowing.

Paul’s notes on headdress can only be understood in the light of what he says about headship. The essence of his argument is that our physical head expresses the representative head. The head stands for the beginning and what comes first. Like the head appears first at birth.

First there is God himself. Then there is Christ, who is the Image of God. Then there is the man who was created in God’s Image. And then the woman came from the man. That is the order and therefore determines the order. The hierarchy is based on succession in creation. Based on historical facts, not fiction. 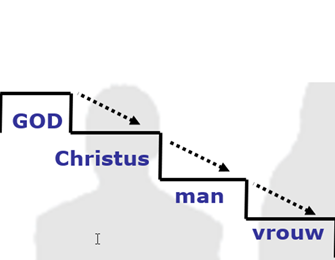