Yet every woman praying or prophesying with uncovered head, is disgracing her head for it is one and the same as being shaven.

The next question is: why is the man dishonored if the woman does not veil her head on that occasion? That is because (public) praying or prophesying are male functions. Not that it is forbidden for a woman to do this, but it is not part of her job (1 Tim. 2: 12,13). When a woman prays or prophesies (and thus fulfills a male function), she would keep her head covered. Because she plays a masculine role, she hides her feminine glory.

If a woman profiles herself in a male role, she is like a woman who shaves bald. Like a man does. Scripture is by no means gender neutral. Because the difference between male and female has a deep meaning. 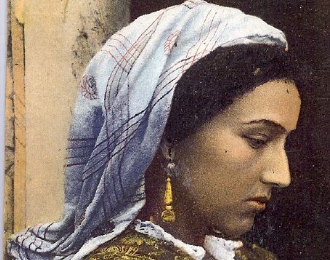