If anyone of the unbelievers is inviting you, and you want to go, be eating everything that is placed before you, examining nothing because of conscience.

Also, this example strikingly illustrates the freedom of the believers. Of course, a believer will not participate in a celebration in an idol’s temple – that would undermine his position as a believer. But a believer shouldn’t have any problem with buying meat that firstly was sacrificed in the temple. We recognize only one GOD and everything belongs to Him. Hence also that meat.

The same counts when you’re invited for dinner in an unbeliever’s house. If you want, go at ease. Also, that unbeliever belongs to the Lord. For the Lord’s is the earth and that which fills it. No matter someone believes or not, that is and will continue to be true.

And what the unbeliever puts on the table, just eat it also at ease. Don’t ask questions because of your conscience. The possibility that the origin is occult, doesn’t matter.  For our starting point is: all and everyone is owned by the Lord. Without that science, you will have a bad conscience. 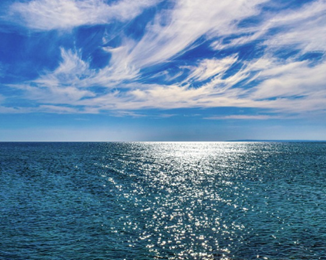