| Blog English | Why did He not appear to all the people?

Why did He not appear to all the people? 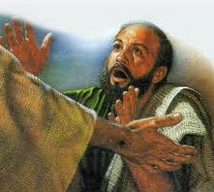 In the previous blog, I showed that all the facts relating to the empty tomb of Jesus, point in one direction: Jesus, indeed, was resurrected on the third day and showed Himself, in person, on many occasions, (in total) to more than five hundred people. From the fact that many of them were willing to die for this testimony, we cannot but conclude that they spoke the truth. The question now arises: Why did Jesus not shown Himself to all the people? Would disbelief, as Tomas initially displayed (John.20:24-29), not have given way at once, to acknowledgment? From the Jewish scholar, Pinchas Lapide († 1997), I read the following quotation:

If the resurrection of Jesus from the dead, on that momentous Easter Sunday, had been an open and manifest happening, that not only was experienced -according to my calculations, by 530 Jews, but instead, by 530,000 Jews (about the population of Jerusalem, at that time, plus the stream of pilgrims for the Passover), then it would have come to an impasse in the history of salvation. Do you know what would have happened? I can think of just one thing: All of Jerusalem would have come to believe in Jesus; because, don’t forget please, that ‘Messiah’ is a Hebrew term and that “messianitis’ was and is a Jewish disease, namely, the almost feverish expectation of the Savior and that no country in the world and no city under the sun, looked so ardently forward to the Savior as the Jerusalem in the time of Jesus. From: The LORD our God is one (p. 51), Pinchas Lapide & Jürgen Moltmann

What Lapide here presents is completely biblically thought out. For Jesus Christ will, in the future, appear to the Jewish people and they will indeed come to acknowledge Him (Matt.24:30; Rev.1:7). But why then, in the past, did He ‘only’ appear to a little more than five hundred persons? Peter says in the house of Cornelius, the following about this:

40 This One God rouses the third day, and gives Him to become disclosed, 41 NOT TO THE ENTIRE PEOPLE, BUT TO WITNESSES who have been selected before by God, to us who ate and drank together with Him after His rising from among the dead. 42 And He charges us TO HERALD TO THE PEOPLE and to certify that this One is He Who is… -Acts 10-

God has given, says Peter, that Jesus Christ did not appear to all the people, but only to the chosen-before witnesses, in order that these witnesses, consequently, would preach it (lit. herald) to the people. But why this roundabout way? Why did the risen Lord not directly appear to the people? Was the unbelieving response of the Jewish people not predictable? After all, were the witnesses themselves, initially, also not unbelieving (Luke 24:25)? Did Jesus not physically, also, have to show Himself to them before they became convinced? The answer to these questions, we find in the letters of Paul. In the letter to the Romans, we read that salvation for Israel would indeed come to them in a circuitous way (Rom.11:11-15). That was not a mistake, but was (hidden) in the script. For first would the salvation of God come to the nations (Acts 28:28). How? Through Israel’s unbelief. The great Jewish ‘no’, in the days of the book Acts, was a necessary part of God’s purpose. Tomas, to whom Jesus appeared a week after His resurrection, is a type of the Jewish people, who first want to see before believing. The Jewish people, too, will come to acknowledge Him in this way, after a “week”, namely. the last heptad of years of which Daniel speaks (Dan.9:24-27). After Tomas had exclaimed in amazement: “My Lord and my God,” Jesus said to him:

Seeing that you have seen Me, you have believed. HAPPY ARE THOSE WHO ARE NOT PERCEIVING AND BELIEVE. -John 29:29-

This beatitude is true for those who believe during today’s “time of hiding” (Col.3:3). Not seeing, but believing in what the eyewitnesses then heralded and in all that “is written” is important! That is why we read, immediately following:

30 Indeed then, many other signs also Jesus does, in the sight of His disciples, which are not written in this scroll. 31 Yet THESE ARE WRITTEN THAT YOU SHOULD BE BELIEVING that Jesus is the Christ, the Son of God, and that, believing, you may have life eonian in His name.