| Blog English | who is the ‘paraclete’?

who is the ‘paraclete’?


Last Sunday I spoke about the promise of the Paraclete. Commonly known as the “Consoler”, whose coming was announced by Jesus in the night before he would be betrayed. John describes this in the chapters 14 till 16 of his Evangel. The term “Consoler” doesn’t really comply with the Greek word ‘paracletos’. ‘Advocate’ is already better, but the most literal translation is ‘the beside-called-One’.

the spirit of the truth

After Jesus’ return to the Father the “beside-called-One” would support the disciples. He would teach them, guide them to the full truth and proclaim them the oncoming things. Three times Jesus titles this ‘beside-called-One’ “the spirit of truth” (14: 16; 15: 26; 16: 13).

In the mentioned gathering, the main topic was the perfect fulfillment of the promise in the days of the apostles. For them the route to the full truth is mapped out, and they were made capable to testify (unanimously!) of it. They also wrote down full truth and left us a complete Bible. A living and inspired Word! Full of spirit!

who is that spirit?

In this blog I’d like to tell something about the identity of ‘the beside-called-One’. Who is he? Let us put a few Biblical facts in order. He would be sent by and from the Father (14: 26; 15: 25). In Jesus’ name (14: 26; 15: 26; 16: 7), so on the authority and request of Jesus himself. He is called (as already said) “the spirit of truth”, but also “holy spirit” (14: 26). In particular this last indication is significant: “the holy spirit”. This holy spirit is “the power of the Most High (Luke 1: 35); not only an influence or power, but also personally, the power of the Most High. If we limit ourselves to the description of the ‘beside-called-One’, we determine that he hears and speaks (16: 13), informs (16: 14), teaches, reminds (14: 26), testifies (15: 26) and exposes (16: 8). But what we read nowhere is that this spirit is another ‘person’ than God himeself. Also the spirit of a human is personal (he knows things; 1 Corinthians 2: 11), but that doesn’t mean that that this spirit should be another person than the human himself. The holy spirit is God’s spirit and so it has also his personal characteristics.

Jesus identical to the spirit?

There is one matter I didn’t mention until now, but I spoke about it last Sunday and I got questions about it. Here the quote from John 14:

16 And I shall be asking the Father, and He will be giving you another beside-called-One, that it, indeed, may be with you for the eon (…) 18 I will not leave you bereaved; I am coming to you.

the spirit came in Jesus’ name

We learn understanding the phrase “I’m coming to you”, if we take note of the function and the aim of the promised “spirit of truth”. In John 16 Jesus says:

The “spirit of truth” will inform (proclaim) them, al what the glorified Lord has to say. Jesus Christ himself would be in heaven, but spiritually he would be with his disciples. Through God’s holy spirit he, himself, would provide them with all they needed. Jesus had also said (14: 26):

Now the beside-called-One, the holy spirit, which the Father will be sending in My name, that will be teaching you all…

The beside-called-One fulfills his duty “in my name”, i.e. in the name of Jesus Christ. And therefore Jesus could say with a reason: “I am coming to you”. For “the spirit of truth” brings Jesus Christ and his word! 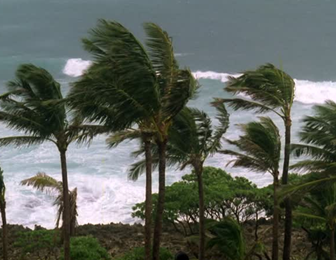