If to others I am not an apostle, nevertheless I surely am to you! For you are the seal of my apostleship in the Lord.

Paul was aware that his delegation (apostleship) was often doubted. We see this in the Galatians letter where he spends almost two chapters to prove that he is surely an apostle. And what an apostle! His apostleship had a unique character, completely different from “the twelve” in Jerusalem. That was also why the Jewish circle could criticize him so much (Acts 21:21).

The so-called ‘judaizers’ ho had prohibitive objections against Paul and his ‘gentile’ evangel (“the evangel of the Uncircumcision”; Galatians 2: 7). The judaizers wanted to ‘judaize’ the ecclesia (=making Jewish; Galatians 2: 14) and they found Paul diametrically opposed.

Paul says in the verse above that especially the Corinthians had no reason for doubting his apostleship. Note: the ecclesia occurred by his preaching. If Paul was not an apostle, there wouldn’t even be an ecclesia in Corinth! So they themselves were the seal or the proof of authenticity of Paul’s apostleship. It’s so important appreciating that authenticity (also today!)! 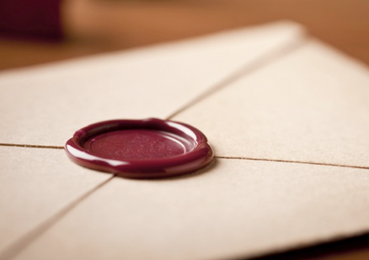