The following letter was in my mailbox today:

Hello, I am very enthusiastic about all the information on this site and thanks to this site I am also enthusiastic about God. So I openly express this and proclaim with pride that I believe in this. It does take some effort to tell people about this because, in most cases, they have never heard it in this way.

It is great how the Evangel, like Paul proclaimed it to the nations, has reached you! And that it does to you, exactly what one can expect of a good message: It makes you enthusiastic! For good reason you proclaim this proudly, because a message like this is great to show up with! Although you will undoubtedly experience people who will try to shut you up….But don’t be intimidated.

Your question is, which movement you have become part of. And up until now you didn’t receive an appropriate answer. I would say: keep it like this! People like to put you in ‘a box’ and position you on the christian map. That would be easy, because in that case they can label you and ‘put you away’. It gives an excuse to talk about movements, denominations and ‘clubs’ instead of the content. Usually it is a diversion. In order to avoid this I usually say upfront: I am outside church. Not only because formally that is the case, but also because by this I distance myself from the christian world which usually does not tolerate sound teaching (2 Tim. 4:3). However, with such an announcement you generally won’t win trust. Because if you refuse to be categorised in the christian world, many within will consider you haughty and even sectarian. So be it.

You have heard the Evangel and you are happy with it. You are finding confirmation in “what is written” and you stand for it! You didn’t become member of something – you ‘just’ discovered what the Scriptures say. Nothing more, nothing less. By this you have not become part of a movement. On the contrary, you are swimming against this flow….in order to get to the Source! 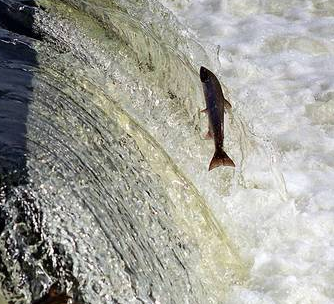