| Blog English | where their worm does not die

where their worm does not die 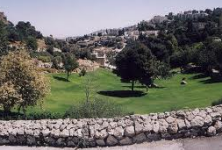 No one has so much and so seriously spoken about hell as Jesus, Himself. He taught an endless punishment in a hell of unquenchable fire where the worm of remorse never dies. Promoters of the doctrine of the reconciliation of all try to muffle away or to distort. But the words in Mark 9:43-48 are clear enough.

The above words and variations thereof, have often been (and still are) raised against the Good News of the Saviour of all mankind. Let me briefly discuss these, step by step. 1. Never did Jesus speak about hell. Anyone can check this out for himself. In the evangels, Gehenna is referred to eleven times. This is the name of a place, the same as Bethlehem, Ephrata, Jerusalem, Galilee, etc. are names of places. And as these place-names are included in our translations, unchanged, so should it have been done with Gehenna. Gehenna is the valley of Hinnom, near Jerusalem. The Bible version which translates Gehenna with “hell” is busy misleading her readers. 2. When Jesus, in Mark 9, speaks about fire that is not quenched and a worm that does not die, He is referring to the last verse in the book of Isaiah (66:24).

23 And it comes, according to the monthly quota in its month, and according to the sabbath quota in its sabbath, all flesh shall come to worship before Me in Jerusalem,” says Yahweh. :24 And they fare forth and see the corpses of the mortals, the transgressors against Me, for their worm shall not die, and their fire shall not be quenched, and they become a repulsion to all flesh.”

Isaiah was, here, prophesying about the future Messianic kingdom, in which representatives of all nations, from time to time, shall come to Jerusalem. In the valley of Hinnom (Gehenna), they will see the corpses of wicked men, who will have been executed. Without having been buried, their corpses visibly are exposed to decay, by fire and by worms. Indeed, a disgusting spectacle, but it is no hell. It is not a place where the living are endlessly tortured by fire. Isaiah speaks of corpses. 3. The fire is not quenched. Does this mean that the fire never goes out? Of course not. Jeremiah 17:27, for example, speaks about a fire that will be ignited within Jerusalem’s gates and shall devour her palaces “without it being quenched.” These words mean what they say, no less and no more. The palaces will go up in flames without an attempt to put them out. It is absurd to conclude it will be an endless fire, burning forever. 4. If we consider the words, “their worm shall not die,” in context, then it is not about torture, nor about hell, nor about endless remorse. The devouring worm does his relentless work in corpses. Literally so. Moreover, worms (maggots) do not really die, as any freshman biology student knows, but they pupate into flies. Who, here, is twisting Jesus’ words? The church with its doctrine of an endless punishment in a fiery hell, in which the fire is never extinguished and of worms that cause interminable remorse, or is it the person who speaks of the valley of Hinnom, where bodies lie decaying, unburied? Judge for yourself. &nbsp; ——————————— translation: Peter Feddema