| Blog English | When did the ecclesia, the body of Christ, start?

When did the ecclesia, the body of Christ, start?


It is only the apostle Paul who frequently speaks in his letters of the ecclesia as “the body of Christ”.  Some have erroneously concluded from this that this ecclesia did not exist before then.  That is in my view a fallacy and not in accordance with the testimony of the same apostle Paul.

The ecclesia began at the Head

The ecclesia as “the body of Christ” derives its name and position from its association with the resurrected Christ as “the Head”.

… and He is the Head of the body, of the ecclesia.  He is the origin, the firstborn from the dead, that He might be the first in all things…
-Col. 1:18-

Since Christ Jesus is the (resurrected) Head and thus the first and most prominent member of the body, the ecclesia begins with Him.  So the first answer to the above question is: the day that Christ rose from the dead as the Firstfruit is the day that “the Head of the body” took office.

The persecuted ecclesia is Christ himself

It is very remarkable that Paul’s calling in the bud already includes the revelation of the ecclesia as Christ’s body.  For as Saul was persecuting “the ecclesia of God,” a voice came from heaven calling to him, saying:

With this question the exalted Christ identified himself with the ecclesia that Saul persecuted. In other words that ecclesia was Christ Himself!  And isn’t that essentially exactly what typifies “the ecclesia which is his body” (Eph.1:23)?!  Connected to Him as Head of the body.  A more intimate bond is unimaginable.  Paul’s call on the road to Damascus was thus also an introduction to the revelation of the ecclesia as the body of Christ.

Apostles first in the ecclesia

We have already seen that Christ Jesus as Head is the first of “the ecclesia which is his body”.  In addition, according to Paul, God placed in the body, the ecclesia, first the apostles and then the prophets.

And this God placed in the ecclesia first: apostles.  Second, prophets…-1Corinthians 12:28-

This confirms what we might expect if this ecclesia did indeed arise on the day of Christ’s resurrection.  After all, it was the apostles to whom He appeared primarily and who were sent to proclaim the word concerning the risen Christ (1Cor.15:7). As the last of the apostles, He also appeared to Paul (1Cor.15:8).  Through the word of the apostles and that of “the prophets” (such as Mark and Luke, who, although not eyewitnesses), directly delivered the word of God and thus laid the foundation of the ecclesia.

So then you . . . are members of the household of God, built on the foundation of the apostles and prophets, the chief cornerstone being Christ Jesus Himself…
-Ephesians 2:19,20-

Here the ecclesia is not called a body but a house, but nevertheless built on the foundation (that is, Christ; 1 Corinthians 3:11) laid by “the apostles and prophets”.  So that the order and ranking in the origin of the ecclesia must be clear: first Christ, then the apostles, and then the prophets.  So Scripture answers the question not so much when “the ecclesia which is his body” came into existence but with whom the ecclesia began.

The high status of the ecclesia based on first birthright

When the ecclesia began with Christ Jesus “as the firstborn from the dead”, then collectively it is truly an “ecclesia of the firstborn” (Heb.12:23). As a body she is in fact connected with the Firstborn as Head. That is also the fundamental explanation of why this company occupies the highest position in God’s plan.  For in God’s mind everything first (the firstborn, the first fruit; Luke 2:23) receives the highest place. Christ Jesus is “the Firstborn from the dead” and the companionship associated with Him (“the ecclesia which is his body”) shares in that position.  If the ecclesia had only come into existence later, for example since and through Paul’s ministry, it would lose its position as “the ecclesia of the firstborn” and with it its highest status.

Of course, it is not without significance that Paul only later reveals the truth about “the ecclesia which is his body.”  For first the message of the resurrected Messiah had to go to Israel.  As Peter told his fellow citizens in the Temple Square in Jerusalem:

You are the sons of the prophets and of the covenant that God made with your fathers, when He said to Abraham: And in your seed shall all the descendants of the earth be blessed.  For you in the first place, God raised up his “Boy” and sent him to bless you in turning away from your wickedness.
-Acts 3:25,26-

It was not until the people officially rejected this message and the Sanhedrin stoned Stephen that Saul of Tarsus was called that through him the Gospel might be sent to the nations. The Jewish people (as such) forfeited their birthright so that it ended up among the nations.  Not the people of Israel but “the ecclesia which is his body”, in which the distinction between Jew and Gentile plays no role, receives the highest position.  A reversal.  Cryptically phrased: Contrary to expectations, Jacob’s birthright blessing… arrives at Ephraim, who was to become “a fulness of nations.”

It is Paul to whom what is related to this mystery was revealed.

In favor of this, I am Paul, the prisoner of Christ Jesus, on behalf of you the nations. For you have heard of the administration of the grace of God, which is given to me for you, that according to revelation this mystery has been made known to me, as I briefly wrote before. –
Ephesians 3:1-3-

In summary, “the ecclesia of God” arose at Christ’s resurrection, but its identity as the “body of Christ” could not be made known until after Israel’s overruling. 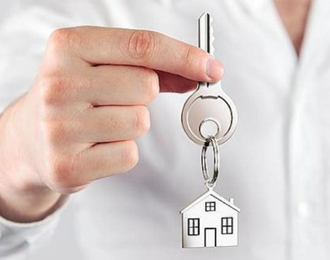