Last week I found the following letter in my mailbox. Mi. interesting enough to share both questions and answers with a wider audience.

Curiosity brought me back to Goedbericht.nl after a few years and I soon felt that this message really gives hope. Not assuming hope, but simply really giving hope. Really good news. I am left with 2 questions. You may have already covered these, but the questions are:

These questions really are a stumbling block to me. They make it difficult (actually impossible) for me to put the right message as the center of my life. I hope you can help me further?

Thank you for your comment. Nice to hear from you that the message as I broadcast it from this site is undeniably “good news” and gives real hope. Indeed, once that has really dawned on you, it will never let you go. That is apparently also your experience because it brings you back after years. But you mention two stumbling blocks that keep you from completely surrendering to it. I would like to make a few comments, as you request.

the canon of the Bible

For the sake of convenience, I will briefly ignore the Hebrew Bible. I don’t think you mean that. The whole testimony of Jesus Christ is based on the Tenach, that is, Moses, the prophets and the scriptures (starting with the Psalms). He himself says so (Luke 24:44).

So we are left with the Greek Scriptures, the so-called ‘New Testament’. The authority of these writings is derived from the fact that they come from the circle of the apostles, that is, from the delegates of Jesus Christ. They were most personally authorized by himself. That gives authority to their writings. They have written these writings, together with some close associates (such as Luke and Mark), but they have also brought together the library (= bible> biblia> books). At the end of their lives, Paul (see 2Tim.4:13) and Peter (2Pet.1:15) were busy collecting these books. As a reliable legacy and compass for the generations after them. Thus already at the end of Peter’s life, all Paul’s (uncircumcision) letters were known among the Jewish believers (2Pet 3: 15,16).

The fact that the church published a list of canonical books in the fourth century is therefore no more than a formality from this perspective. It was only an official confirmation and acknowledgment of the authority which these apostolic writings had from the beginning.

Most notably, the sum of these Hebrew and Greek writings is not (as is usually claimed) 66 but 70. The Psalms would not be counted as one book but as five books (thus: 66 + 4). The number that yields this is truly the proof of the pudding: 70 is (as a multiple of 7) the number of fullness and completeness!

Why so much deception despite the Bible?

The fact that Christendom as a whole, despite possessing the Bible, ended up on the wrong track en masse, argues not against but for the Bible. For it is a fulfillment of what it foretells. “People will no longer tolerate sound teaching,” Paul warned his associate Timothy at the end of his life (2Tim.4: 3). He had foretold something similar on the beach of Miletus before (Acts 20:29, 30). The herd as a whole would not be spared. And so it happened.

It is like with Israel relying on the Hebrew Bible but despite that crucified her own Messiah. And here too it applies: it happened as foretold. That the Bible in general is not understood by those who rely on it proves the truth of the Bible!

The bottom line is that even today the truth of the Bible is not up for grabs. In Proverbs 25: 2 we read a remarkable word: “It is GOD’s glory to conceal a matter (lit. word> dabar).” That is what GOD does with his Word today. Everyone can consult it and more than ever in history it is available and accessible. And yet… it is and remains hidden. GOD makes known his Word, not “to the wise and prudent,” but to “little children” (Mat.11: 25). And not to the mass of people, but to the individual.

Anyway, I hope that these brief answers with the text references (!) may be helpful and serve as a starting point for you. That it may remove the stumbling blocks, so that “the good message” is not a glittering diamond at the edge of your existence, but may be at the center of it. That is the place it deserves. Because yes, you believe with the heart. 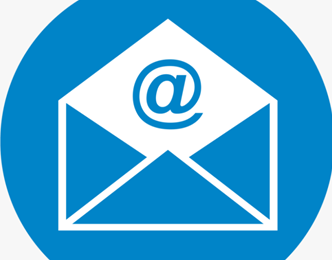