| Blog English | the sound words of our Lord Jesus

the sound words of our Lord Jesus 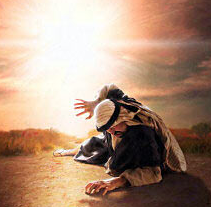 If anyone is teaching differently and is not approaching with sound words, even those of our Lord Jesus Christ, and the teaching in accord with devoutness, he is conceited… -Paul in 1Timothy 6 verses 3 and 4-

When Paul, in the above passage refers to “the sound words of our Lord Jesus Christ”, then most Bible commentaries refer to what Jesus spoke in His ministry, here on earth. Words, such as we find recorded in the evangels (gospels). The fact that they, involuntarily, think of them, without even taking anything else into consideration, proves that they have no idea of the ministry of the Apostle Paul. In the writings of James, Peter and John (addressed to “the circumcision”; Gal.2:9), we find the result of the education they have received from Jesus on earth, until His ascension. Paul was then not with them. He was called a few years later, by the glorified Jesus, from out of His heavenly position. And that was not all. Paul is also personally taught by Jesus Christ. After his sight was restored, following his call near Damascus, he did not go to Jerusalem to join up with the other apostles or to be taught by them. No, he directly travelled to Arabia (as Moses, long ago; Gal.4:25) to receive more information from the Lord Himself. Paul’s apostleship (Gal.1:1), his evangel (Gal.1:11-12) and his education (Gal.1:16-17), all of this, he directly received “of [from] our Lord Jesus Christ.” “Lord” and “Christ”, in this context, are titles which refer to the resurrected and glorified Lord (Acts 2:36). “The sound words of our Lord Jesus Christ” are therefore particularly the words which Paul had learned from his heavenly Lord, after Israel, on account of their unbelief, is temporarily set aside. While Jesus was on earth, He was sent only to the house of Israel (Matt.15:24). Today, the Son of God reveals Himself in and through Paul, to the nations (Gal.1:16). Do you want to know what Christ Jesus has to say today? Read Paul’s writings in which all of that is recorded!

25 Now to Him Who is able to establish you in accord with my evangel, and the heralding of Christ Jesus in accord with the revelation of a secret hushed in times eonian, 26 yet manifested now and through prophetic scriptures, according to the injunction of the eonian God being made known to all nations for faith-obedience – 27 to the only, and wise God, through Christ Jesus, be glory for the eons of the eons. Amen! -Paul in Romans 16-