| Blog English | the snatching away, when?

the snatching away, when? 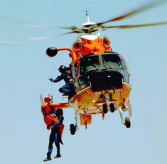 As a follow up to the study-day about the “snatching away,” let me, briefly list the main reasons why the ecclesia (the body of Christ) will, just before the “great tribulation”, be removed from the earth.* 1. The snatching away of the ecclesia takes place against the background of an acute, threatening danger. The snatching away does not introduce a period of (false-)peace, but, instead, the great tribulation, during which the wrath of Satan will have free reign (1Thes.5:9; Rev.12:6). The ecclesia will literally be rescued OUT of the coming wrath (1Thes.1:10). That means: escaping at the last minute. 2. The snatching away of the ecclesia occurs when the archangel Michael comes to the fore. Michael’s command will be heard and the trumpet will sound to prepare for battle (1Thes.4:16; cp 1Cor.14:8). The impressive actions of Michael and his messengers mark the beginning of “the great tribulation,” according to prophecy (Dan.12:1; Rev.12:7-9). 3. As soon as the ecclesia will be removed, the man of lawlessness will reveal himself (2Thes.2:3-4,7-8). The revelation of the lawless one consists of him stopping the daily sacrifices in the holy place, replacing it with an idol of himself, which is immediately followed by a most terrible tribulation. This will happen at the midpoint of Daniel’s last year-week (Dan.9:27).   4. The day the Lord will not overtake the ecclesia as a thief in the night (1Thes.5:4). The believers will know when the time comes (Dan.9:27). When the world will boast about the signed peace in the Middle East, she knows that “sudden destruction” will be imminent. However, this impending destruction they will escape, because they will have been evacuated by God (1Thes.4:16,17; 1Thes.5:1-9; Rev.12:5). 5. When the ecclesia will be snatched away, God will start a new witness in Israel. When the Great Tribulation begins, God will send two witnesses into Jerusalem (Rev.11:2.3), who, in accord with previous instructions, will remind the Jewish inhabitants of the land to immediately flee into the wilderness (Mat.24:15; Rev.12:6).