| Blog English | The snatching away before the Tribulation

The snatching away before the Tribulation


In 1 Thessalonians 4:17, Paul speaks of a snatching away:

… Then we, the living, the survivors, will be snatched away with them in clouds at the same time, to meet the Lord in the sky. And so we will always be together with the Lord.

There is much debate about the timing of this event. Especially about whether this will be before or after Israel’s great tribulation. The great tribulation begins with the placing of an idol in the temple square (“the abomination of desolation”; Mat.24:15) and continues until the appearance of the Messiah on the Mount of Olives. That is a period of 1,260 days, or 42 months, which is 3.5 years. At the return to the Mount of Olives, the Lord will appear with the saints (Zech. 14: 5; Col. 3: 4). But in order to appear with the saints, He will have to take those saints first. The recurring key question is: when? Before or After the Tribulation? Or in jargon: pre-trib or post-trib?

On this site you can find numerous studies that deal with the above matters and the order in which things will take place. In this blog post, I want to list seven biblical reasons why the snatching away will take place before the great tribulation. Each with a brief explanation.

# 1. The snatching away is bringing it to safety from a danger.

The word “snatching” (Gr. Harpazo) always refers to an act that takes place in haste. For example, tearing something out of the fire (Jude 23) or bringing it to safety from an immediate danger (Rev.12: 5). Often also in the sense of robbing or taking a prey by force (Mat.12: 29; John 10:12).

In 1Thes.1: 10 we read that the Thessalonians were expecting God’s Son from heaven, “who hides (= delivers) us from the coming wrath”. So when wrath comes we are (as if in the nick of time) taken out of it to safety.

We know of “the two witnesses” that they will occur during the 1260 days (Rev.11: 3), which is the same time as when the woman (> Israel) will have a home in the desert (Rev.12: 6). ). It is during this time that the two witnesses have authority to close the heavens so that it does not rain, turn water to blood, and to destroy their adversaries with fire (Rev. 11: 5,6). These are expressions of wrath from God. But it is also the time of the wrath of the diabolos who will be thrown to the earth and who knows that he has only a short time (Rev.12; 12.17). It is for that period that the ekklesia will be delivered.

# 2. The snatching away takes place at the end of a period of “peace and security”.

In 1 Thessalonians 5, Paul describes that when the people will cry out “peace and security”, they will suddenly be overtaken by doom (: 3). Like a thief in the night (: 2). For believers, on the other hand, the day of the Lord (= his parousia) would not be like a thief in the night (: 4). After all, we live in the light and would be awake and recognize the time. That means that when the world goes through a false rest of “peace and security,” the countdown for believers has begun.

# 3. The snatching away is the removal of the ekklesia, so that the man of lawlessness can reveal himself.

The man of lawlessness who will manifest himself in the temple in Jerusalem (2Thes.2: 4; Mat.24: 15; Rev.13: 14), according to Paul, is being held (or held back). His manifestation awaits the moment when the detainer will disappear from the middle (2Thes.2: 6,7), so that immediately afterwards the lawless one can be revealed. This retainer cannot be anything other than the ekklesia. While the ekklesia is still here, the lawless one cannot reveal himself.

# 4. The snatching away corresponds to the apostasia (= distance) before the dawn of the day of the Lord.

When the day of the Lord dawned for us, the apostasia (lit. FROM-STAND, departure) would come first (2Thes.2: 3). Usually this is understood as “the Apostasy”, which refers to the great religious renunciation (cf. Acts 21:21) that the man of lawlessness will initiate. That meaning in itself fits well in the context of 2Thes. 2.

But … apostasia is usually used as a verb in the sense of physically “leaving” or “departure” (Acts 12:10; Luke 13:27). And does that meaning not fit perfectly with what takes place during the snatching away? So not an ideological or religious apostasia, but a concrete-literal one: the departure of the ekklesia!

# 5. The snatching away marks the beginning of the action of the archangel Michael.

In Revelation 12 the woman symbolizes the believing nation Israel (> sun, only twelve stars). She produces a male son, unmistakably referring to the Christ. As soon as this male son is born, he is “caught up to God and his throne” after which the woman then flees to the desert, where she will have a safe hiding place for 1,260 days (Rev.12; 5,6). The snatching of the male son cannot refer to Jesus Christ’s ascension to heaven in the past. Because that was not a snatching away, there was no danger there, and no tribulation of three and a half years followed.

“The male son” in Rev. 12, like “the woman”, represents a people. Well, there is only one people who qualify to be identified as the Christ and are also one body with him: the ekklesia. The time that the male son is snatched away in Revelation 12: 5 (‘harpazo’, the same word as in 1 Thes. 4:17!) fits perfectly with the teaching of the apostle Paul about the snatching away of the ekklesia: before the wrath comes (1 Thes. 5: 9).

# 7. The snatching away marks the accession to heaven.

With the snatching away, the ekklesia becomes a physical part of the glory of Christ Jesus (2Thes.2: 14). It corresponds to “the male son” being “caught up to God and his throne” (Rev. 12: 5). From that moment on, heaven will be cleansed (conducted by Michael; see # 5) and satan and his angels will be thrown to earth. Satan will then, in great wrath (but without success) persecute the woman who has fled into the desert (Rev. 12:13).

The snatching away of the ekklesia means no less than the evacuation of (the body of) the King. Before everything else, the pretender to the throne (“the male son”) is brought to safety. At the highest level. To establish his rule from the throne. First in heaven and then also on earth. 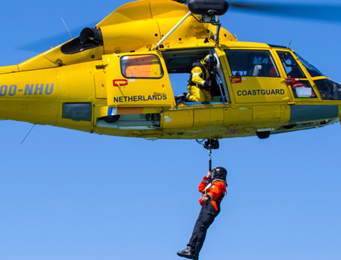