the prospect (outlook) in 1 Corinthians 13 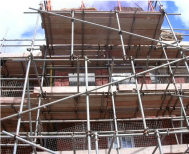 In 1 Corinthians 12-14, Paul answers questions from the Corinthians (12:1) who highly regarded speaking in tongues/languages and the gift of prophesy. The answering of these questions he interrupts in chapter 13 by showing them a transcendent way (12:31): the love that never ends (13:8). This he presents in contrast with the gifts of prophecy and knowledge, which will be discarded, and with the gift of tongues/languages that will cease. The knowledge and the prophecies were, in Paul’s day, “imperfect”, partly, and fragmentary. God revealed something here, something there, to the one this and to another that. That process was still ongoing. This “deficiency”, someday, would make way for “perfection” or “maturity”, when revelation would be completed (Col.1:25), rounded-out. Then the ecclesia would be mature: informed of all the secrets that God wanted her to know; chronicled and all (2Tim.3:16,17), that every man be mature in Christ Jesus (Col.1:28–the same word as in 1Cor.13:10).

the time of maturity

When the “imperfect” would be replaced with “maturity”, then prophesying and speaking in tongues/languages would disappear. These things had their importance in the childhood phase, on the way to “adulthood”. But once maturity had been given, the manner of childhood speaking and reasoning are to be put away (13:11). The incomprehension and the enigmas that characterized the “childlike” (immature) ecclesia in the days of the Corinthians, would be past, when all the secrets would be revealed (13:12). That time, had not yet arrived.

Once God’s Word would be complete and, therefore, the ecclesia would be mature, then would immaturity be laid aside. That is, then prophesying would be discarded and the speaking in tongues/languages would be silenced. This is comparable to construction scaffolding being taken down as soon as the building of the house is complete. These have then fulfilled their function.

What will remain at the dawning of maturity, says Paul, are faith, expectation and love. These three. Incidentally, they will not remain, endlessly, because even faith and hope will someday be exchanged with actual seeing (2Cor.5:7; Rom.8:24). That does not apply to love, for it never fails and will never end. That is why love is the greatest of these three.

In 1 Corinthians 13, Paul leads the Corinthians onto a very high plateau, in order for them to have that outlook, at the time when the ecclesia would be mature; no longer endowed with immature gifts like prophecy and speaking in tongues/languages. Now, the ecclesia may live in faith, expectation and love, from out of the full revelation of all the secrets that God has made known through Paul, until the day that faith and hope are no longer necessary and only love will remain, always.