The hypocrisy of false words 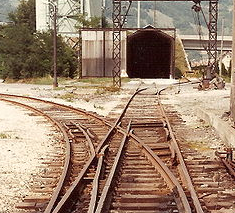 Now the spirit is saying explicitly, that in subsequent eras some will be withdrawing from the faith, giving heed to deceiving spirits and the teachings of demons, in the hypocrisy of false expressions… Paul in 1Timothy 4:1,2

In the above words, Paul communicates a very important prophecy. He writes that the Spirit expressly says that in subsequent periods of time, some will withdraw from the faith. It would be the beginning of the derailment of Christendom,as a whole, because in the 2nd letter to Timothy, Paul writes (4:3) that the time would come that, in general, even the sound teachings would no longer be tolerated, for they will have turned away from hearing the  truth (4:4). Paul had a very pessimistic view of the future developments in Christendom. Even as Paul, himself, at the end of his life, was forsaken by all who were in Asia (2Tim.1:15), so he let Timothy know that Christianity, as a whole, would turn away from the truth. it starts with some The downward development would start by some (1Tim.4:1). It appears from verse 3, that this involves people who teach. That is effective. In order for certain teachings to find general acceptance, teachers must first accept it. Because if influential people, opinion makers are persuaded, then the rest will follow, easily. deceiving spirits According to the prophecy in 1 Timothy 4, this derailment is much more than a general, human phenomenon. It is not based on sociological laws. There are “deceiving spirits” in this interplay — a mastermind who chooses strategies to deceive people, en masse. teachings of demons The faith (i.e. that which is believed) from which people would withdraw, according to Paul, will give way to “teachings of demons”. Not just one teaching of demons, but several. The word “demon” refers to a deity in the world of gods. The Greeks called their gods demons. They would certainly not agree with the rendering  “evil spirits,” as in many Bible translations. And rightly not, for Scripture does know “evil spirits”, but that’s another phrase (e.g. in Luke.8:2). As well, the Greek version (LXX) of Ps.96:5 reads, “all the gods of the nations are demons.” What Paul foresees in the “teachings of demons”, is a disguised return to idolatry among the nations. hypocrisy of false words How is it possible to deceive people to accept “teachings of demons”, while earlier they had enjoyed the instructions of  the “teacher of the Nations”? This is due to the fact that there are deceiving spirits involved. They disguise themselves “in hypocrisy of false words”. Hypocrisy or dissimulation means: to present purity of truth, or using good words, on the one hand, but at the same time, also, using words that contradict the good words. Consequently, “truth is being violated”. With this prophetic forewarning of “hypocrisy of false words,  Paul hit the nail squarely on its head. Systematically, they have become skilled (in their theology) in making Scripture say something else than what it really says. God says this, but He means that. examples The history of orthodox theology shows many examples of such an “hypocrisy of false words.” I will list the following:

Remarkably, people on the outside of the church, much easier see through this “hypocrisy of false words”, than those who are within it. In the next few blogs, I would like to expose, point by point, the hypocrisy and tricks of the above, mentioned examples.