| Blog English | the author as creator

the author as creator


A writer of fiction creates a world he can design as he chooses. He is autonomous to the smallest detail. The surroundings, the time, events, characters, choices, the entire story line is completely up to him. The fiction writer can use various genres. He can write a war novel, a love story or a detective. But what he does, to make a good story he needs a few basic ingredients.

Each good story has a three-act structure: an introduction, a middle part and a conclusion. The beginning is the so called set-up: the introduction and acquaintance. Then the middle part follows: there the conflict happens. The conflict is the drama that mostly covers the largest part of the story. The classical finish is the happy ending.

Another basic ingredient a writer cannot ignore, is contrast. For a good story a writer, by definition, needs evil. It can be a disease, death, murder, adultery, a disaster, war, grief etcetera. The good writer needs it.

everything has a purpose

A good writer doesn’t want to leave anything to chance. It can be that the reader doesn’t notice several details, but the writer has a motive for each event in his story. Even completely coincidental events in his story, happen on the writer’s purpose. Nothing in the book is without a reason.

Every fiction writer puts also a hidden plot in his story. Not only the detective writer. The plot is the plan that rolls out during the script, but that is hidden until the ending. At most one can guess it, not more than that. Only at the end the hidden plot is revealed. It’s the surprising ending of the story, which forms the climax. The highlight.

the Creator and His Story

What applies for a fallible fiction writer, does ultimately apply for the Creator of heaven and earth. He is the great Author of the history, ‘His Story’. As from the beginning He was telling the hereafter (Isaiah 46: 10). Also his creation has a three-act structure. All is out of Him, through Him and for Him (Romans 11: 36). All creations only exist by His grace. (Acts 17: 25). Nothing happens, without He gave it a place. He lets nothing happen coincidentally. He made everything for its own outcome (Proverbs 16: 4). All apparently random events, the wrong choices of characters, disasters and calamity can never happen outside of Him. For only He is the Author. Notice: if the author lets happen murder, or if another disaster happens in the story, the author isn’t ‘guilty’. Guilt is a concept that plays a role in the story, but the author himself is completely beyond of it. To put it even more strongly: the author who let happen all kinds of evil, deserves honour because of the script, the plot and the surprising conclusion! Surely, all in the book has a purpose. In this way GOD certifies that He is the Maker of good and Creator of evil (Isaiah 45: 7). Knowledge of good is an integral unit with knowledge of evil (Genesis 2: 9). The ‘minus’ halfway has become a ‘plus’ at the end. No one other than the one Creator, the ‘Theos’(= placer) deserves all honour!

A book or movie may only be judged at the end. That applies to every creative work: also a poem, a statue, musical piece, drawing or painting should only be judged at the end. That also applies to GOD’s creation. His work has not finished. Still under construction. Each judgment a human makes about GOD’s unfinished work, is a prejudice. For the great climax still waits. All’s well that ends well! 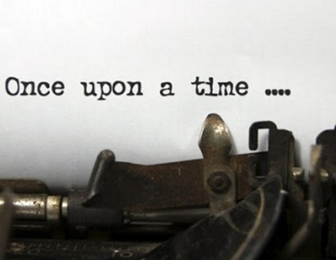