| Blog English | Romans 9:4 – the glory and the covenants

Romans 9:4 – the glory and the covenants


… who are Israelites, whose is the sonship and the glory and the covenants and the legislation and the divine service and the promises..

In the enumeration of privileges given to Israelites from God, after “the sonship” follows second “the glory”. This term refers to God’s glory that as a cloud once visibly filled the tabernacle (Ex.40:34,35) and later also the temple of Solomon (2Chr.7:1). The glory that later left the city via the Mount of Olives (!) (Ezek.11:23) and will only return in a future rebuilt temple in Jerusalem (Ezek.43:4,5). This glory, called the ‘shechinah’ (= presence) by the rabbis, belongs primarily to the Israelites.

Then comes the third Israelite privilege “the covenants.” Note the plural. One should think in the first place of the covenant with Abraham, the line of which was continued via Isaac to Jacob and his sons. Later, God made a covenant with Israel at Mount Sinai, but its validity is limited. Jeremiah announced that in the future God will make a new covenant with Israel to replace the old covenant. But remember: both the old and the new covenant are expressly made with the people of Israel. This promise still stands! 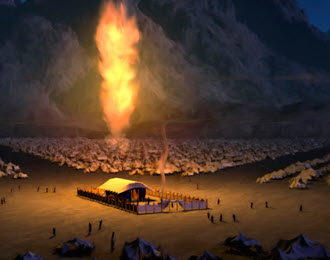