Romans 9:4 – Israel is my firstborn son.


… my relatives according to the flesh, who are Israelites, whose is the sonship and the glory…

The constant heartache that Paul felt was about his brethren and “relatives according to the flesh.” The addition “according to the flesh” subtly underscores the gulf between Paul and his brothers. For in spirit the brotherhood was lacking. As the apostle later (11:28) says of them that they are “enemies as to the evangel.” It is this ambiguity that gives rise to the chapters that follow.

The Evangel is rejected by the majority of Paul’s “relatives according to the flesh.” How is that possible? Are they Israelites? And does not this designation recall the name to which so many privileges are attached? The apostle lists eight privileges.

Privilege number one is “the sonship”. In the previous chapter, this concept also came up several times (8:15,23). Children are conceived, a son is established. Sons share ownership with their father. Israel is called by God “my firstborn son” (Ex.4:22). It may be true that believers from the nations are also made sons, but that does not alter the fact that sonship is primarily reserved for Israelites. For all the world will be put under their control. Sharing in Father’s possession. 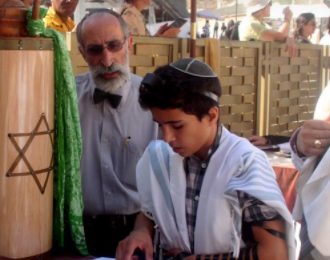