And according as Isaiah declared before, “Except the Lord of hosts conserved us a seed, As Sodom would we become, And to Gomorrah would we be likened.”

The call of the Evangel regarding the risen Messiah has not ‘landed’ with the majority of the people of Israel. The majority of the nation has rejected the message and its leaders (in the Sanhedrin) have also officially rejected it. It is this situation that perfectly agrees with the prophecy as quoted by Paul from Isaiah 1:9. Judah’s leaders are compared there to the rulers of Sodom and the people to those of Gomorrah. Cities that to this day are models for the rigorous way in which God dealt with them back then by overturning and destroying them.

But no matter how deeply the people and their government as a whole have sunk and turn out to be uncontrollable, the Lord Sebaot (= Hebrew for ‘hosts of armed forces’) guarantees to always safeguard a remnant. A small minority that He goes on with. Sure, eventually God has the total in mind, but in the present tense He is by definition working with minorities. A small group that hardly amounts to anything in numbers. But those who believe his word are  as seed fallen on good ground. 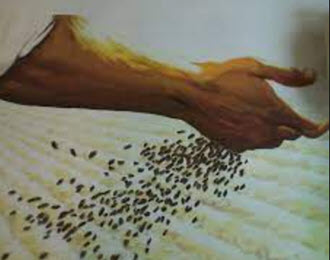