The subject is still “the purpose of God” (:11). Paul argued earlier that this is fixed before we are born and before good or evil is done. It doesn’t matter. Nor whether or not people want to. Isn’t Paul himself living proof of this? He was separated from the womb to evangelize among the nations (Gal.1:15,16) and so he was called. Grace overwhelmed him (1Tim.1:14) so ​​that his unwillingness and hostility melted away like snow in the sun. Paul became an apostle “by the will of GOD” (Eph.1:1) and not because he wanted to.

Human running is not a factor in this either. Running (racing) is a sporting term (1 Cor.9:24) and stands for human effort and achievement. Later, Paul will testify to the religious zeal of his people (10:2). It proves vain because one has no sense and only seeks to assert one’s own righteousness (10:3). The willing and running in the above verse is a summary of every religious endeavor. It means nothing to GOD. Only his mercy counts! 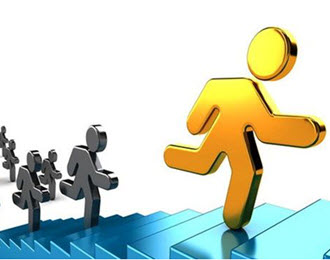