For to expectation were we saved. Now expectation, being observed, is not expectation, for what anyone is observing, why is he expecting it also?

We have already established that “the expectation” of which Paul wrote is an absolute certainty. A certainty of the same order as history. So as if it happened. The fact that we don’t see it doesn’t change that. In fact, if we could see expectation, it wouldn’t even be called ‘expectation’.

So the situation is this: GOD has given his promise and we say ‘Amen!’ to that. “So it is and so it will be!”. In the meantime, we wait. After all, the fulfillment of the promise is entirely GOD’s responsibility. We cannot subtract from or add to that. That’s what makes the hope we have so solid: it doesn’t depend on us.

Waiting may be passive in itself, but that doesn’t mean it’s easy. Because standing in expectation and sticking to what is promised means struggle. Struggle because the expectation is contradicted, contested or ridiculed. It can mean exclusion and persecution. Enduring such things is all part of it (2Tim.3:12). But we can handle it. Precisely because we have an anchor of hope and a certain expectation! 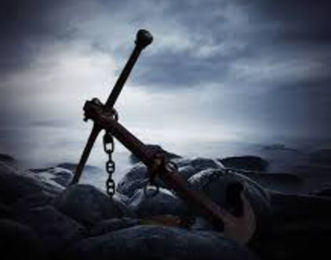