To the present children of God who will be made sons in the resurrection, all creation will soon be given. As an allotment. Nothing can now be seen of that glory. On the contrary. The “enjoyers of an allotment of God” and “joint enjoyers of Christ’s allotment” are still in a creation characterized by suffering. And they also share in the rejection and denial of Christ.

This situation can be compared to that of David after he was anointed by God as king. He was destined for the throne, but in practice it would take years. In the meantime, he was rejected and lived an underground life in the cave of Adullam.

It was a few hundred men who shared this fate with him. People without prestige and who were struggling in all kinds of areas joined him. Years later, however, when David became king, they were assigned top positions in his kingdom. Like David, like Son of David. Suffer with him, but also be glorified with him! 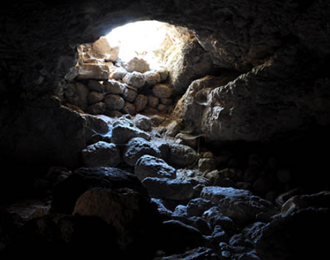