Romans 5:9 – Justified in his blood


… that, while we are still sinners, Christ died for our sakes. Much rather, then, being now justified in His blood we shall be saved from indignation through Him.

The type of reasoning Paul is following here is called a ‘small to great argument.’ For example: if speeding 10 kilometers is fined, 50 kilometers becomes much more. Paul’s argument is, Christ died on our behalf while we were still sinners. How much more will Christ mean to us now that we are justified and He is alive ?!

Earlier (in 4:25) we read that Christ was resurrected for our justification. Here we read that we are ‘justified in his blood’. Does that conflict with each other? Certainly not, because with “blood” we should not primarily think of the bloodshed during the slaughter but of the application of the blood afterwards.

Blood always takes on its meaning in the sacrificial service, after the slaughter. When it is poured out at the altar (= elevation). Or when it was brought into the sanctuary. And so on. The application of the blood after slaughter speaks of him who after death was raised, exalted, and entered into the heavenly sanctuary. The blood speaks of the resurrected Christ! 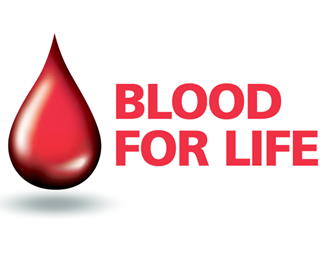