The preceding verse 18 is at the heart of this entire passage. In verse 12 Paul began with a comparison between Adam and Christ, but he does not complete it until verse 18. One offense caused all people to be condemned to be sinners and mortals. In the same way, one act of righteousness guarantees that all people will be justified. Hardly anyone believes this simple truth, but it is exactly what Paul writes. And the logic is so inescapable and simple that a child can understand it.

In verse 19 Paul explains his statement further. The one offense in verse 18 is disobedience in verse 19, as the one just award (: 18) is “the obedience of the one” (: 19). Jesus Christ knew that about him was written in the scroll and became obedient until the death of the cross. Like Abraham once, he believed that GOD makes the dead alive. Christ’s obedience was his faith: he obeyed what GOD had promised in black and white. Would this obedience have less of an impact than Adam’s disobedience?!? 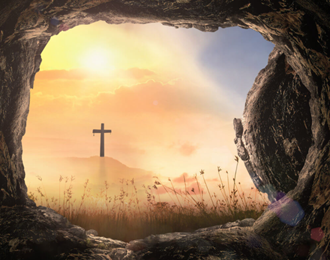