The above verse resembles a mathematical formula because of its telegram style. It does not contain one verb in the original text. Paul mentions two contrasts. “offenses” versus “just award” and “condemnation” versus “justification”. But also two similarities. It is “one offense” and “one just award” and in both cases “all mankind” is included. Adam ate of the forbidden fruit, and all men have since been condemned to be sinners and mortals. That’s our destiny, that’s how we were born. But, says Paul, the impact of Christ’s one righteous act is not inferior to this. It justifies “all mankind”!

The whole of humanity figures in this verse as a direct object. You and I had neither part nor share in Adam’s disobedience. But it condemned us all to death. Well, in the same way, Christ’s righteousness will justify all mankind. How and when is not the subject here, only the fact is stated.

Paul’s statement is both simple and perfect. A child can understand. This is the absolute climax in Paul’s argument. What an ultimate, good news! It stands like a rock. All mankind!!!! 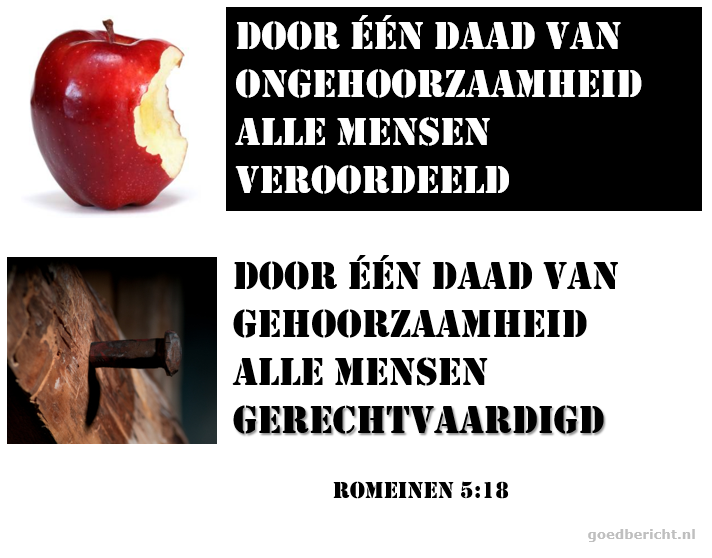