| Blog English | Romans 5:12 – Death passed through into all mankind

Romans 5:12 – Death passed through into all mankind


Therefore, even as through one man sin entered into the world, and through sin death and thus death passed through into all mankind on which all sinned…

Adam ate of the forbidden fruit and thus sin was introduced into the (human) world. “And through sin death “. Adam was earthy, soulish and material (1 Cor. 15: 45-48) but as long as he had access to the tree of life, he could not die. However, when he was removed from the garden, he was doomed to die eventually. And so death passed through to all people. And that is why the universal truth applies to this day: all humans are mortals.

Death passed on to all men, “on which all sinned.” That is the most literal rendering of Paul’s words. It means that all people sin (i.e., miss purpose), on the grounds that they die. Paul does not teach here “original sin” and certainly no “inheritance guilt.” What is inherited is death. “Death passed on to all people.” It is mortality that is in our genes and that makes us sinners and therefore goal missers. The waiting is for “the last Adam” who will abolish death and with it sin! 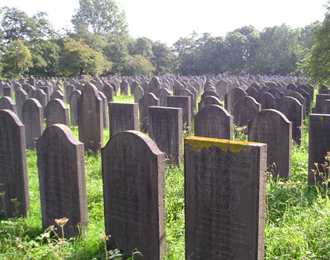