For we are reckoning a man to be justified by faith apart from works of law. Or is he the God of the Jews only? Is He not of the Nations also? Yes of the nations also.

Were a person to be justified by works of law, it would mean that only Jews would qualify. For to them, and not to the nations, is the law addressed (3:19). The law of Sinai was given to Israel.

It is true that in the Bible GOD is very often called “the GOD of Israel.” For with this people He has a special relationship (Ex. 19: 6). He has chosen them out of all nations and granted them privileges, like no other people (Ps. 147: 19,20).

But election in Scripture is never exclusive, in the sense of excluding others. On the contrary, GOD chooses to bless others. Thus He chose Israel to serve as a channel of blessing for the whole world of nations (Genesis 12: 3). So yes, He is “the GOD of Israel,” but not because He would not be GOD of the nations. Election is never an end in itself. GOD’S plan is universal. He has the whole world in mind. Everybody. Because it is His world! 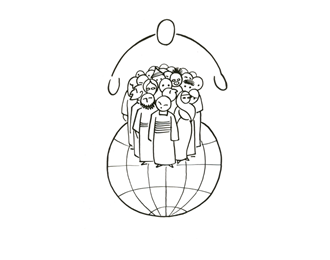