But that which is hidden is the Jew, and circumcision is of the heart, in spirit, not in letter, whose applause is not of men, but of God.

This verse has often been used to argue that the term “Jew” would apply to all believers. It is then argued that anyone circumcised in heart would be a Jew spiritually. But that is not the meaning of what is being argued here. Paul does not stretch the meaning of the word “Jew” by applying it to all believers, including those of the nations. On the contrary. Paul does not make the word “Jew” broader but narrower. The true Jew is only that Jew who is also (!) Circumcised in heart.

The word “Jew” is derived from Judah and is related to the verb “to praise” (Gen. 29:35). Paul alludes to this in the last sentence. The true Jew is circumcised in heart and for that reason receives praise from GOD. 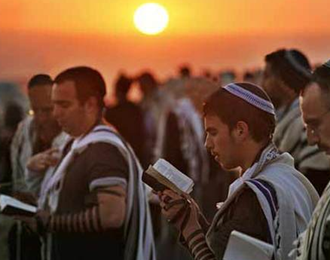