Romans 1:8 – Your faith being announced


First, indeed, I am thanking my God through Jesus Christ concerning all of you, that your faith is being announced in the whole world.

Paul wrote the letter to the believers in Rome during the three months in Greece mentioned in Acts 20: 3. The decree issued by Emperor Claudius a few years earlier had now been lifted. Claudius had ordered all Jews to leave Rome (Acts 18: 2). According to a Roman biographer of Emperor Claudius, the emperor had given this order because of unrest in the large Jewish community around one “Chrestus” (read: Christ). That would indeed explain very well why the whole world spoke of the faith of the Roman Jews who professed Jesus-as-Messiah. Later we read that when Paul arrived in Rome, the Jewish leaders there knew full well that the sect to which Paul belonged was being contradicted everywhere (Acts 28:22).

Be that as it may, the very first reason for Paul to thank his GOD through Jesus Christ is the fact that the faith of his readers was spoken of all over the world. So it does not say that they themselves spoke of their faith (although this was undoubtedly the case), but that others spoke of their faith. That is the best ‘advertisement’! 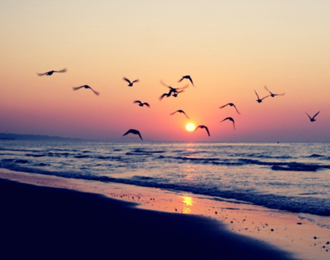