…in accord with the revelation of a secret hushed in times eonian yet manifested now and through prophetic scriptures, according to the injunction of the eonian God.

The term ‘eon’ and all its variants occurs almost two hundred times in our ‘New Testament’. The average Bible reader will have no idea of ​​this because it is translated not only as ‘age’ but also as ‘eternity.’ The latter is very bad because it suggests that an eon would have no beginning or end, which is absolutely not true. Scripture speaks of “before the eons” (1 Cor.2:7) and elsewhere of “before times eonian” (Tit.1:2; 2Tim.1:9).

The term “times eonian” in itself indicates that “eonian” is not opposed to “time” (Gr. chronos). The first eon was succeeded by another eon. Hence the plural “times eonian”. Or as several translations render somewhat more freely: “long ages”. Ephesians 2:2 speaks of the “the eon of this world”; eons are successive worlds or ‘world times.’

When “eonian times” are the same as “times of eons”, then the term “eonian God” is also easily understood. It refers to the God of the eons. To Him who has a “purpose of eons” (Eph.3:11) and who, according to His plan, is heading for “the consummation of the eons” (Heb.9:26). What a GOD! 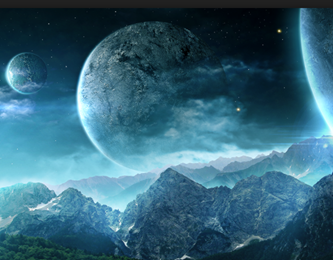