For such for our Lord Christ are not slaving, but for their own bowels and through compliments and adulation are deluding the hearts of the innocent.

In the preceding verse, Paul warned against people who cause “dissensions and snares” among the believers. They achieve this by deviating from the teaching that the believers in Rome (following Paul) had received. What exactly these people taught is not stated, but Paul does expose their motives and strategies. And they say enough.

The first is that (in practice) they did not recognize Christ as Lord and thus did not submit to his absolute authority. They may have referred to Jesus’ teaching on earth, but for them He was not the one who through His resurrection from the dead was “made Lord and Christ” (Acts 2:36). They mainly served “their own bellies,” which may be a sneer at promoting Israel’s dietary laws among the nations.

The success of these teachers lay mainly in their “compliments and adulation”. Their presentation was beautiful, but it was like ‘polishing a turd’. How easy it is to ‘taken in’ unsuspecting listeners with it. Therefore, in times of deception, critical thinking is vital! 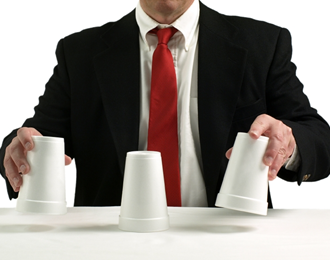