… Jesus Christ, our Lord, through Whom we obtained grace and apostleship for faith-obedience among all the nations, for His name’s sake…

Paul obtained “grace and apostleship” through “Jesus Christ our Lord”. In a way that none of his fellow apostles had received. Paul also had no training of Jesus Christ on earth. He was not an apprentice anyway, but an enemy of Jesus Christ and an “excessive persecutor” of his. Paul is also not called and delegated in the country but abroad, among the nations. All these characteristics distinguish him from the other apostles and also characterize his apostleship. Paul’s apostleship is heavenly, pagan (> nations) and it testifies of superlative grace. Grace means undeserved favor and joy for free.

Paul was called outside the land of Israel because that is where his field of work is supposed to lie. To “herald” the name of “Jesus Christ our Lord” among all the nations. Jesus is the name that says: YAHWEH is Savior. Christ means: Anointed, the promised Messiah. And Lord or Kurios means: Owner. Jesus Christ is the “Lord of all” (10:12), every human child. See the message there! And a believer says amen to that! 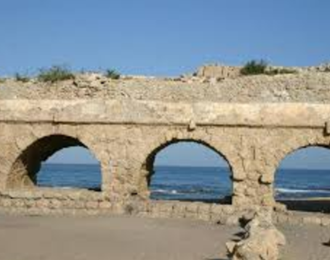