For the kingdom of God is not food and drink, but righteousness and peace and joy in holy spirit.

Until now, it had been the intention that we would not pass judgments on ‘arbitrary’ cases among ourselves. For example, about whether or not to take certain food or drinks. We would refrain from judging each other because the final judgment only belongs to the one ‘Arbiter’ (14:7-9). By meddling and judging one another, we fail to see that only GOD has absolute authority. That is what is called “the kingdom of God” here.

There is hardly a term in the “New Testament” as common as this “kingdom of God”. It refers to the kingship of God and hence also to the realm in which He is king. In the latter case we usually call it ‘kingdom’ and that is how it is usually rendered in the Bible translations. The Greek word ‘basileia’ includes both: function (kingship) as well as territory (kingdom; cf. Acts 1:6; Rev. 17:12,18).

What Paul previously referred to as the Lordship of the risen Christ (14:9), is here called “the kingship of God”. But that’s not two, it’s one. For God Himself has given Jesus the highest place (Phil.2:9). 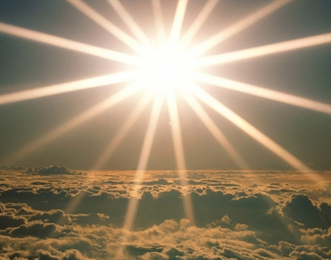