… Do not by your food, destroy that one for whose sake Christ died.

This phrase needs explanation for many because the concept of “destroy” or “being lost” has taken on a life of its own in Christendom. For most, “being lost” means a final fate. In this verse one also runs into the problem that this fate happens to a brother… Can believers still lose their salvation? What exactly is ‘lost’?

The Greek word for ’to be lost’ (apollumi)’ is rendered in Bible translations as perishing in (Acts 5:37),  (Mat. 5:28) and (Luke 21:18). In essence, it always has the meaning of ‘to lose’. Something that is lost is lost by someone. In this context, think especially of the famous “parables” in Luke 15 about the lost sheep, the lost coin and the prodigal son. The key point is always: the lost is always found again. Because He, who seeks the lost, guarantees that… and therefore also finds it!

Yes, believers can also “be lost” (present tense!), in the sense of: getting lost. But the mere fact that Christ died for them (as He died for all humans; 2 Cor. 5:15), is the guarantee that they will be found in His time! 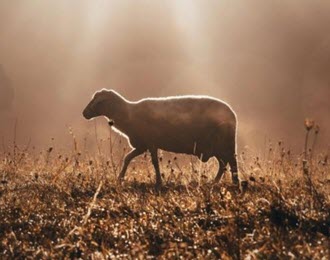