For therefore you are settling taxes also, for they are God’s ministers, perpetuated for this same thing

Nowhere do we see the actual power of government manifesting itself so universally as in the levying of taxes. The idea in verse 6 is not (as in verse 7) that we should pay taxes. No, we pay taxes. Even if we wanted differently, paying taxes is inevitable. Paul’s argument is, the governments over us are divinely appointed, and their authority is unmistakable in that it effectively and continuously enforces (“perpetuated”) the payment of taxes.

It is significant that Paul calls government officials “ministers of God.” In verse 4 the government was called “servant of God” (Gr. diakonos). Here it is “ministers of God” (Gr. leitourgos). Our Dutch word ‘liturg’ is derived from it. That is a public office of divine origin. Also ‘priests’ are called leitourgos (Heb.8:2) and Paul was one too (Rom.15:16). Governments are also on that list. It’s an honorary title. 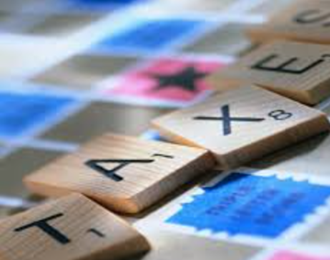