For therefore you are settling taxes also, for they are God’s ministers, perpetuated for this same thing

Paul has thus far explained how government is an institution of God, to which “the sword” was entrusted. It was used after the flood (Gen.9:6) to avenge those who do evil (:4). So that the original idea behind a government is: an institution that executes the law.

However, it is typical of man to use this God-given power to draw much more power to himself. The whole world history shows that the hunger for power turns out to be an unsatisfied desire. And so “the state” developed that regulates just about all aspects of life for its subjects. Concentration of power. With communism as the most extreme expression of that idea: everything belongs to the state.

In Scripture, government has an extremely important and at the same time a modest role: law enforcement. The government is not intended to be a “father state” that (as if it were God Himself!) is omnipresent, all-seeing, all-powerful, educating and nurturing everyone. In such a (totalitarian) form of society, God has disappeared because ’the state’ pretends to have taken over that role. Even then the magistrates are still “ministers of God”, but they have no idea of ​​their office anymore. 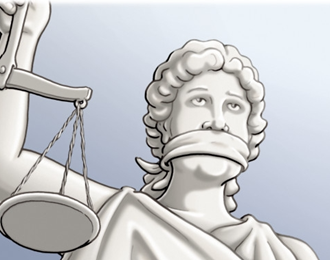