| Blog English | Romans 1:25 – the creature rather than the Creator

Romans 1:25 – the creature rather than the Creator


Those who alter the truth of God into the lie, and are venerated, and offer divine service to the creature rather than the Creator, Who is blessed for the eons! Amen!

The world that glorifies and thanks God “not as GOD” (: 21), inevitably change “the glory of the incorruptible GOD” into a corruptible creature (: 23). Then the creature gets a place on the level of (= next to) the Creator. With that the truth of GOD is replaced in the lie.

What the world shows in this type of thinking is dis-orientation. Literally that term means not knowing where the orient is, the East, i.e. where the light goes up. How could it be different? It has become “dark in their unintelligent hearts” (: 21) and they have no knowledge of where the Light comes from (ie from the East> right!). This dis-orientation typifies a world that roams in the dark. Not focused on GOD the Creator and what He has to say, but focused on itself. That is being focussed on ‘the wrong side’ …

How wrong that choice of the world is, Paul underlines by, as an interruption, zooming in on the glory of Creator, “who is blessed for the eons”. For the praise to Him will continue through all ages of the world. Amen! 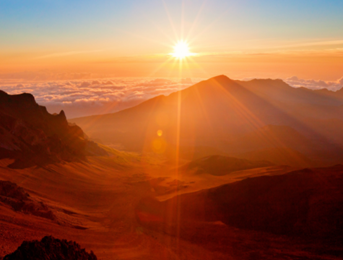