Alleging themselves to be wise, they are made stupid, and they change the glory of the incorruptible God into the likeness of an image of a corruptible human being and flying creatures and quadrupeds and reptiles.

Where GOD is explained away, it is inevitable that the role of “the incorruptible GOD” ends up with a corruptible creature. When there is no room left for the Creator, a vacancy arises which is then necessarily filled by a creature. In classical antiquity, divine attributes were attributed to certain creations, whether human, animal or depiction thereof. Or celestial objects such as the sun, moon and stars (galaxies).

If the Creator is not at the beginning of life, then it cannot be otherwise than that creation itself has produced everything. We also see this in the so-called ‘scientific world view’. We would ‘owe’ the creation of the world (?) To a big bang, the sun, oceans, time and chance. These are the ‘impersonal gods’ of ‘modern man’. A world view that is therefore even more sad than that of the religions of ancient times where people still professed at least some meaning and purpose. And even that we have lost, claiming to be wiser than ever … 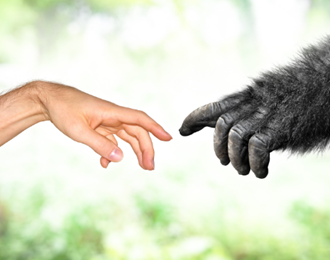