To both Greeks and barbarians, to both wise and foolish, a debtor am I. Thus this eagerness of mine to bring the evangel to you also, who are in Rome.

Most translations here speak of Paul’s willingness to bring or preach the evangel to his readers in Rome. In Greek it is one word: evangelizing. The ending of the word -ize also comes from the Greek (-izo). We also know this ending in countless verbs, such as crystallizing (= turning into crystal), dramatizing (turning into drama), magnetizing (= turning magnetic), and so on. The ending says something about the effect and the change that the verb produces. Evangelizing someone does not just mean telling the Gospel but exposing the other person to the power of the Evangel. That is also what verse 16 brings up: the Evangel is a power of GOD …! It changes people!

The common idea is to evangelize among non-believers. But here Paul expresses his willingness to evangelize among the believers (: 6) in Rome. It is not true that once you know and believe the Gospel, you should no longer hear it. Because the Evangel is a treasure house in which we keep discovering new things! 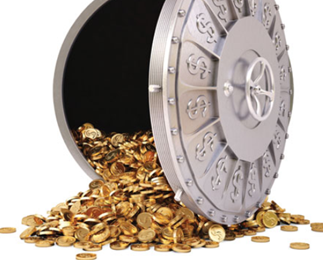