…And thus all Israel shall be saved, according as it is written…

The Epistle of Romans teaches the justification of all people (3:23,24). Just as all men are condemned to be sinners and mortals by one act of Adam, so through one act of righteousness by Christ, all men will be justified (5:18). From 1 Corinthians 15 we know that its effect will be in “orders” and will not be fully realized until the end of Christ’s reign (1 Cor.15.15:22-28. That is in “the consummation of the eons”.

However, this justification of all individuals at the consummation of the eons is of a totally different order than the salvation of Israel as a nation. A nation consists of living people; deceased are not included. When the Messiah comes for Israel, many of the nation will perish and only the believing “remnant of Israel” will be saved (Rom.9:27; Jer.31:7). Those who are left, i.e. the non-perished, constitute “all Israel.” 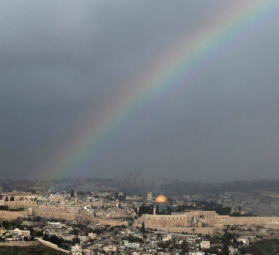