Paul argues in these verses that even under the old covenant Moses already spoke of “righteousness of faith”. As in the prophecy of Deuteronomy 30 where the re-gathering of Israel from the nations is foretold. From then on Israel will find that the commandment is neither difficult nor far away (Deut.30:11).

Under the old covenant, it was believed that the law would be done with hands and feet. A continuous exercise in following up orders. Under the new covenant, on the other hand, it will be discovered that the law is a “word of faith.” No orders but promises. Not a word that should be worked but a word that should be believed. A word whose fulfillment is guaranteed by God himself.

Paul preaches this “word of faith.” But, he says: Moses already proclaimed this. Hence “the word of faith which we herald”. Once the covering of the heart is removed (= the circumcision of the heart), it will be revealed that God’s word is all promise. He does it! And that word also fills hearts and mouths! 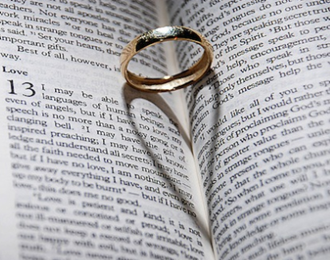