| Blog English | remain in the grace of God

remain in the grace of God 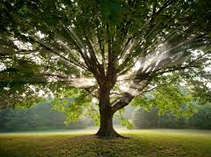 … Paul and Barnabas, who, speaking to them, persuaded them to remain in the grace of God. -Acts 13:43-

“The grace of God” is the essence of the message that Paul was given to preach among the nations (Acts 20:24). Grace (Gr. charis) means joy, for free, gratis. That is what GOD (lit. the God), through His chosen messenger is saying to us. It is totally not about what man must do. Neither about rites and ceremonies. No, it’s about what GOD has done (past), is doing (present) and will do (future). Elsewhere, it is called “the saving grace of God made its advent to all humanity” (Titus 2:11). That is “grace”, indeed – because it makes a man happy. Disappointment, on the other hand, is the inescapable result of expecting something from man, whether from someone else or from yourself. But anyone who looks up, knows that God Himself takes care of everything and brings everything to a good end. That makes one thankful and happy! The grace of God is not only the ABC, but also the XYZ of faith. Faith does not only begin at the grace of God, faith stays there, too. Grace not only saves and justifies, it also sanctifies us (1Cor.1:30,31). The idea that is often preached, is that a man should begin at God’s grace, but in order to go further (e.g. to become holy), he is to put forth his very best effort. But that is a lie (Gal.3:3-5), because who begins at God’s grace is not in need to go further. He has arrived at his place of destination; to be like a tree, rooted in it, there to grow and bear fruit. “Superabounding in it with thanksgiving” (Col.2:7). Is the giving of thanks fading in your life? Is joy making place for frustration? Feel disappointed about yourself? The latter is only possible if you had expectations of yourself… Therefore, go back to square one – to the grace of God. Only He gives all you need. And He alone will make a work of art of your life (Eph.2:10). Why then continue with your own fiddling? Would you like to give God all the glory? Let Him do everything.

Yet you, of Him, are in Christ Jesus, Who became to us wisdom from God, besides righteousness and holiness and deliverance, that, according as it is written, He who is boasting, in the Lord let him be boasting. -Paul in 1Corinthians 1:30,31-