Philippians 1:14 – Captivity does not matter


And the majority of the brethren, having confidence in the Lord as to my bonds are more exceedingly daring to speak the word of God fearlessly.

In these verses Paul mentions two effects of his imprisonment. The first effect is that the name of Christ was openly mentioned throughout the praetorium and all other places. The second effect is that Paul’s shackles gave the majority of the brethren confidence to speak the word of God themselves with all the more courage. With this “majority of the brethren” he probably refers to the brothers in Rome where he was imprisoned. He knew many of them, according to the long list of names he mentions at the end of the Roman letter.

In any case, Paul’s attitude became a trigger for many to pass on the word of God just as extrovertedly. Without fear of reprisals. They saw in Paul’s life the impact of boldness demonstrated. To stand up for the word of the Lord regardless of the consequences. Paul’s imprisonment did not fascinate him. He later writes laconically: the word of God is not bound (2Tim.2:9).

What no exhortation, let alone commandment, is capable of, was accomplished by the living example of Paul’s imprisonment! 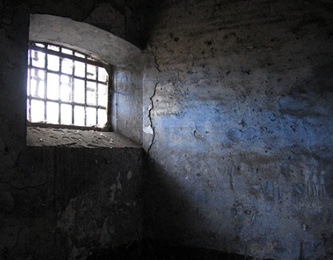