| Blog English | Philippians 1:12– A closed door and an opened window

Philippians 1:12– A closed door and an opened window


Now I am intending you to know brethren, that my affairs have rather come to be for the progress of the evangel.

After the introduction about his prayer for the Philippians, Paul begins here with the real purpose of his writing, namely about his chains. The Philippians had learned of Paul’s imprisonment in Rome (or in Caesarea?) and so had sent one of them, Epaphroditus, to Paul with a gift of support (2:15; 4:18). And now Paul wants to update the Philippians and sends Epaphroditus back to them with this letter (2:25-30).

The first thing he wants to say about his adventures is that his imprisonment, on reflection, was not an obstacle in his work, but the very opposite. For it was “rather for the progress of the Evangel”! Of course, Paul could have complained about the limitations of the prison where he could do next to nothing. He could also have worried that this would not have happened to him if he had not gone to Jerusalem. And yes, how human are such considerations when things are not going well. But faith speaks a different language. Whoever knows Him Who makes all things work together for good, knows that nothing happens just like that. When a door closes (captivity!), God opens a window! 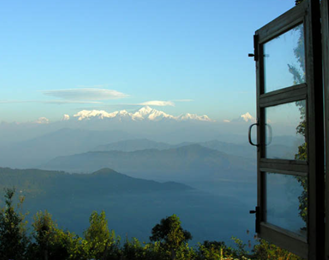