The name “Old Testament”, that generally is used to refer to the Hebrew Bible, is not a very ‘happy choice’. In the first place: God makes no testaments for the simple reason that He does not and never will die. He is, after all, “the living God”! The word “testament” has erroneously crept in for a replacement of the word “Covenant”. But even when we would adjust the name, then that still would not give us a correct name, because “the Old Covenant” was only established at Mt. Sinai (Exo.19:2-9; Jer.31:32), which means that the history that precedes it, from Adam to Moses, would not be included. This is a period of no less than twenty-five hundred years! That is considerably longer than the period from Moses to Christ, which ‘only’ lasted fifteen hundred years. In other words, the history in the book of Genesis is not part of the “old covenant” (see also Gal.3:17; Rom.5:14).

A much better name than “the Old Testament” is Tanakh. This word is composed of the initial letters (a so-called acronym) of the three parts of the Hebrew Bible: the Torah (= the Law), the Newi’im (= the Prophets) and Ketuvim (= the Writings). Hence: TaNaKh. This arrangement of the books, as the Jews know them to the present, was already in use in the days of Jesus; and what is more important: Jesus also followed this format. In Luke 24:44, He said, after His resurrection:

… These are My words, which I speak to you, still being with you, for all must be fulfilled that is written in the law of Moses and the prophets and psalms concerning Me.”

Although we do not find here the name Tanakh, we do see the format of the Tanakh, where the last part (the Writings) is named after the first book in it (the Psalms). The order of the books, as we know them from the Hebrew Bible, is based on the famous Greek translation of the Hebrew Bible, the Septuagint (LXX). Unfortunately, the Septuagint has greatly changed the original order of the Bible books, with the result that our ‘Old Testament’ ends at Malachi instead of Chronicles.

first and last book of the Bible

This brings us to, yet, another very interesting indication that Jesus, indeed, was using the layout of the Tanakh. In Luke 11:50,51, He says:

The history which Jesus refers to in these verses, we find in 2Kron.24:20 and 21. This murder had happened almost eight hundred years before and was, chronologically, not the latest in Biblical history. In that case, Jesus would have referred to Uriah (Jer 26:23), who was slain with the sword more than one hundred years later than Zachariah. But Jesus does not follow the chronological order, but the layout of the Tanakh. In the Tanakh, the stoning of Zechariah is the last-mentioned religious murder, as is “the blood of Abel” the first-mentioned religious murder. In short, Jesus refers to the shed blood from the first until the last book of the Bible. Not our jumbled up “Old Testament”, but the Tanakh presents, according to Jesus’ own words, the correct arrangement of the Hebrew Bible. 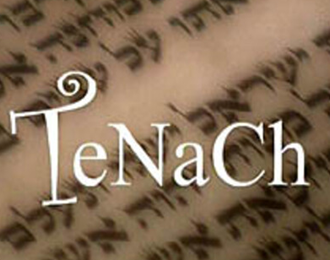