Prof. dr. Willem Ouweneel (A well known Dutch theologian and author) started a column this week with a short elaboration about modernism. He wrote the following:

… It strikes me how sensitive many christians are for modernist views. In my pretty long life I have come to the realisation that a specific teaching which occurs only in one christian movement is always wrong. This applies to Catholics (Mary’s ‘immaculate conception’), to the reformed (the ‘double predestination’), to the Pentecostals (the ‘second blessing’), etc. It is unacceptable to me that God would have entrusted a certain truth only to a limited group. It is together with all the saints that we can know the width, length, height and depth of Gods truth (Eph. 3:18). It sounds rather harsh, but all modernist views are wrong.

To Ouweneel’s examples of unsound teachings, I do not object.  But the reason he gives for his rejection is outright deceptive. Teachings like the ‘immaculate conception of Mary’ , the ‘double predestination’ and ‘second’ blessing are wrong according to Ouweneel, because only one group within Christianity has accepted them. In other words, broad acceptance of a teaching is an indication of the correctness of it.

Ouweneel suggests, referencing to Ephesians 3:18, that only “together with all the saints” we can determine what is God’s truth. But that is absolutely not the point of Ephesians 3:18. This passage deals about the love of Christ which we should realise to its full extent “together with all the saints”. This has nothing to do with establishing truth, but with understanding and comprehension.

For the era will be when they will not tolerate sound teaching, but , their hearing being tickled, they will heap up for themselves teachers in accord with their own desire, and indeed, they will be turning their hearing away from the truth, yet will bet turned aside to myths. Yet you be sober in all things…
– 2 Timothy 4:3-5 –

Ouweneel’s criterion of ‘broad acceptation’ is totally exposed in the light of this prophecy. Already in the first century, Paul warned Timothy that Christianity would abstain from the truth wholesale. This implies the contrary from what Ouweneel claims: when a teaching has been accepted broadly by the church-fathers, than it is true. Or conversely: if you are alone in your point of view, you are wrong by definition. It is exactly the other way around! Timothy is prompted not to look at numbers in Christianity. Moreover: especially when a teaching is broadly supported, Timothy should be on guard. Timothy would make the difference as a loner. (“but you..”).

Al modernist views are wrong according to Ouweneel because it is unacceptable to him (how subjective!) that the whole of christianity would be wrong. He assumes the myth that, broadly, christianity is always right. The irony is that this presumption is modernism itself. If we understand modernism to be a teaching which claims to ‘shed new light’ unto something it is hardly possible to find it in Scripture. Taking this into account, means, by definition, modernism is always wrong. The Scriptures are the criterion to denounce modernism as fallacy. Regardless the number of church fathers subscribing it. That is totally unimportant. If something is written in the Scriptures and if there are at least two or three witnesses in support of it, than it is so. Period. If not, than it must be human fabrication, in other words, ‘modernism’.

Based on this, also the teaching of the trinity is demonstrably modernism! Not according to Ouweneel’s majority-criterion, but according to the Scriptures. The terminology of this teaching (like ‘one being, three persons’ , ‘God the Son’ , ‘two natures’) are totally composed of “words of human wisdom”. These are not “sound words” from the Scriptures. Thus modernism. As applies to so many (orthodox!) terminology. What to think of ‘original sin’? Or of ‘King of the church’? Or of ‘Christ dying in our place’? Or of ‘Reconciliation through satisfaction’. All words made up and deemed to be truth by theologians but not originated from the Scriptures. Ouweneel makes a bold statement about modernism, but puts readers on the quicksand of human reasoning.

This applies especially to self-made bible teachers with hardly any theological education, who have suddenly discovered that the church ‘has always been wrong’ about this, that or the other. Gladly they will tell, for example, what certain Greek words ‘actually’ mean (for example in the teaching of universal reconciliation), while they have hardly any knowledge about Greek (compare. Acts 21:37-38!). The misery is that nowadays everyone can throw their theories on the internet.

Where, in the previous paragraph, broad acceptation within the church was the criterion for truth, here Ouweneel claims theological scholarship to be the requirement for being able to give Biblical education. Whoever lacks it is a “self-made bible-teacher”. How so? Where do we read that Paul, when he speaks about proficiency to pass through “the sound teaching”, ever speaks about a theological training? Such a thing did not even exist in those days. Where in the New Testament is theological scholarship ever required?. What Ouweneel demands is pure modernism! The disdain with which he speaks about bible-teachers without theological scholarship, is of the same kind as with which the scribes and Pharisees, at the time, dismissed Jesus and his apostles. They taught the Scriptures as well without having any ‘acknowledged theological education’. This to the great annoyance of the “professionals” who were challenged from the Scriptures. And it is not different today.

Once, the same Ouweneel (1975) wrote, before his days as theologian, but being a full-blooded bible student.

It is absolutely not necessary for the Bible student to know the original languages of the Bible, provided that he puts in effort to derive an optimal image of the original text from the translations. For this he needs to compare several literal translations, preferably translations with footnotes or marginal notes… Beside this it is possible to use an interlinear…,which is an… original text with, between the lines, a literal word to word translation…Furthermore, a good concordance (a register of biblical words with the record of all places of occurrence…) is indispensable.
(From: wat is gezonde Bijbelstudie? =What is healthy Bible study? Page 55)

That’s right! One doesn’t need to be an expert In Greek, Hebrew or Aramaic to have a good picture of the original text. Since 1975, this original text has become many times more accessible with computer programs (like for instance the Interlinear Scripture Analyser). Anyone can easily determine that ‘eon’ (because that is what Ouweneel probably means with “certain Greek words”) in the Scriptures doesn’t mean ‘eternity’ but is a time period with a beginning and an end. For this, you don’t have to be a Greek expert. The Scriptures speak about “before eonian times” or about “before the eons” but also about “ the consummation of the eons” and so on. The only thing necessary for such a determination is a good interlinear, a concordance, and a few ounces of common sense and critical thinking. And, by the way, there are enough academic experts in Biblical Greek (I know several personally) who confirm this 100%. Moreover: Also theologians know very well that ‘olam’ or ‘aion’ doesn’t mean eternity. Only this knowledge doesn’t get past the walls of the study most of the time and nothing is done with it.

In Summary: The point is not to be blinded by self-made criteria for what modernism would be. The Scriptures are the norm. “It is written!” Nothing else. And anyone with a sound mind and an honest conscience, can (like the Bereans) check the Scriptures “if these things were so”  In that case, an possible theological scholarship doesn’t need to be a drawback. 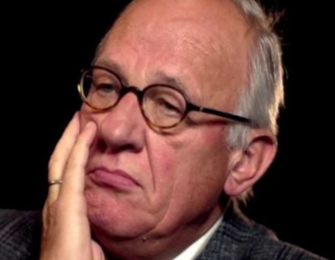